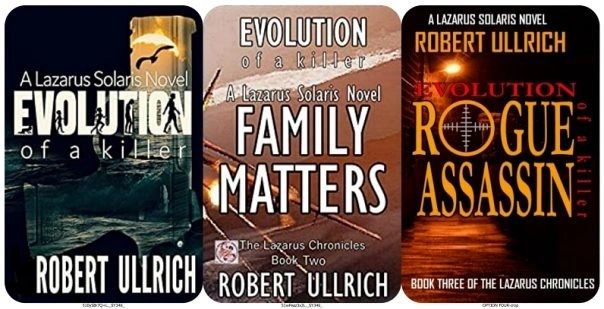 NOW OFFERING WOOD-ART IN CARVED AND BURNED DESIGNS, CLOCKS, AND HIKING STAFFS WITH 25' OF PARACORD FOR EMERGENCY USE.

THERE WILL BE 3 WINNERS OF THE THREE LAZARUS SOLARIS NOVELS

ENTER YOUR EMAIL ADDRESS TO ENTER TO WIN AUTOGRAPHED COPIES OF THE FIRST THREE LAZARUS SOLARIS NOVELS.. DRAWING WILL BE ON AUGUST 1ST, 2020. PLEASE, ONE ENTRY PER PERSON. MULTIPLE ENTRIES FROM OTHER FAMILY MEMBERS WILL BE ACCEPTED!

Now Available in eBook and Paperback

FIRST OF THE LAZARUS SOLARIS NOVELS

Lazarus is contracted by a South Texas Banker to relocate him to Argentina. The reason? Mr. Garza has been embezzling from his half-brother, Carlos Torano, head of Los Zapatos de la Muerte Cartel. Using his multiple identities and the help of long-time friends from Chicago, Lazarus has to find a way to relocate Garza, keep the Cartel at bay while distracted by a Lebanese  beuty by the name of Angelique Shaloub.

Lazarus must come up with a solution to move Garza, appease Torano and keep Angelique and her best friend Rebecca safe.

Lazarus Solaris:  Known as the Chameleon Assassin, learns  best friend, Derek aka Mr. Black in the CIA, is kidnapped and shot, left paralyzed. With help from Derek's Black Ops Team, a Sicilian Arms Dealer and other unexpected resources, Lazarus sets his sights on the Drug lord and a dirty CIA agent. Raining "Hell From Above", Lazarus drives an entire Cartel to the brink of extinction and the Drug lord and CIA Agent deep into the Sierra Madres and their underground stronghold. Will his mission of revenge succeed? Or, will his targets escape through the rugged mountains on foot.

Through it all the wheels turn relentlessly in Lazarus' head, until he finally understands blood doesn't make you family, yet in the end,

Family Matters, even to him.

THIRD OF THE LAZARUS SOLARIS NOVELS

Benito, son of Sicilian Mafioso Enzo Grasso has gone rogue.  Taking contracts from the highest bidder and killing with neither the knowledge or the blessings of his father. It comes to a head with the killing of two civilians, one being the son of Giuseppe Salerno, one of the largest legitimate arms dealers in Europe. Adding fuel to the fir, Benito takes Giuseppe's only grandchild, Stephanie to England to sell to Croatian sex traffickers.

Reaching out to the Chameleon, Paolo Salerno contracts Lazarus to  find Stephanie and bring her home safely.  Lazarus will only take the contract pro bono due to his fondness for young Stephanie, who knows him as "Uncle" James MacDonald.  Lazarus puts together a team in London to carry out the  mission with his new protégé, Leonard James – ex-marine and explosives  expert with a haunted past. Can he succeed and avoid an all-out Sicilian Mafia war, or is killing  Benito the only way to recover Stephanie?

FIRST OF THE LAZARUS CHRONICLES -

EVOLUTION OF A KILLER

Your introduction to Lazarus Solaris, Entrepreneur, Philanthropist, Assassin. Lazarus becomes The Chameleon - named so by one of his first victims.   Read for free with Kindle Unlimited.

BOOK TWO OF THE LAZARUS CHRONICLES

CIA Agent Derek Grimsrud, one of Lazarus' few friends is kidnapped and left paralyzed after being shot. Lazarus sets out to destroy the entire cartel of the Drug Lord responsible and the CIA Agent who betrayed Derek. Read for free with Kindle Unlimited.

BOOK THREE OF THE LAZARUS CHRONICLES

Lazarus has 72 hours to rescue the granddaughter of a Sicilian Arms Dealer - kidnapped by a rouge assassin. He needs to save her and avoid an all out Mafia war on the Mediterranean Island by keeping the kidnapper alive. 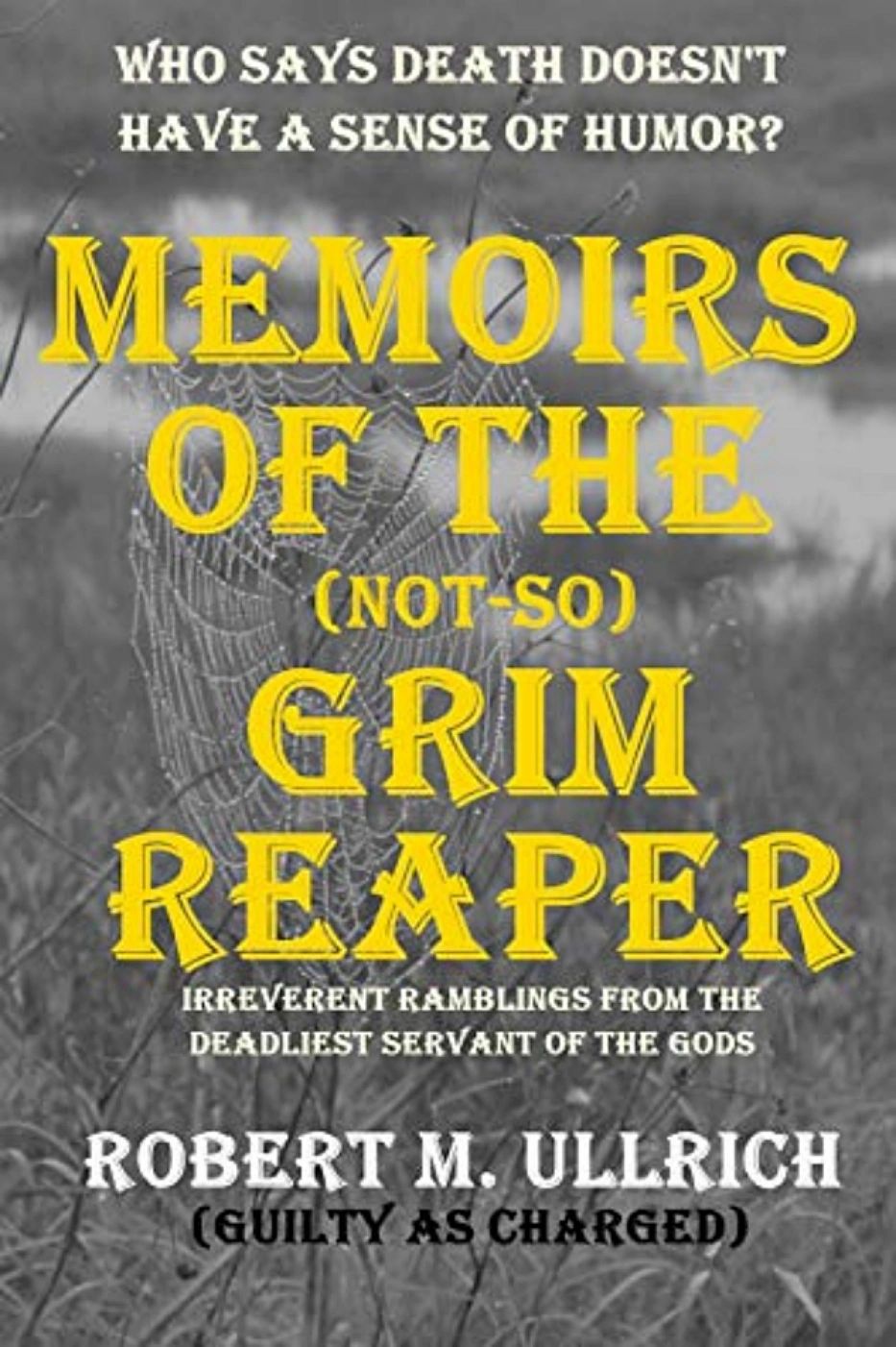 The History of the Deadliest Servant of the Gods!

MEMOIRS OF THE (NOT-SO) GRIM REAPER

The highly irreverent and often foul-mouthed ramblings of the Reaper of souls. His story in his own words of life as the Reaper, dealing with the Gods, and finding a friend in young Jonathan Winchester.

Read for free with Kindle Unlimited

Your address will not be shared with anyone. Receive updates, info on new releases, pricing specials and contests. You won't receive more than two emails a month. Sign up today if you haven't already!

I always appreciate feedback on my site and my writing, even the one star I got on Goodreads - although an explanation would have helped!